“Gentlemen, you can calm down. The printing presses run day and night again in three shifts”. Those were the words of Rudolf Havenstein German President of the Reichsbank during the Weimar Republic Hyperinflation (1921–1923). German went on further to experience record breaking inflation rates that year because of money printing. They thought printing more money would solve their problems.

With the rampant printing of fiat currencies all over the world, a breaking point is approaching where printing new dollar bills will not save a collapsing global economy. However, the solution is quite straightforward; “Adopt cryptocurrencies!”.

To prevent a breaking point when another disaster strikes, key decisions like going against fiat currencies and embracing digital currencies might be crucial. Cryptocurrencies through their features outsmart fiat currencies by far on the definitions of sound money. Cryptocurrencies are fixed in terms of supply and are used as a store of value ( just like Bitcoin and Tether have proved to be). As more and more users join the network, the cryptocurrency is bound to increase in value, benefiting the current holders of the crypto who would have kept supply minimal.

Cryptocurrencies come with benefits of being faster in terms of value exchange, low transaction costs and convenient for online transactions. There is more to benefit if a nation adopts a cryptocurrency as a medium of exchange, especially in the developing world. For example, one can use digital currencies to buy or sell goods and services remotely, send remittances abroad and settle offshore debts. Some use cryptocurrencies as investments. Yes! one can take a position via  an Initial Coin Offering  (ICO) and reap huge rewards of being patient enough later in the periods to come. Gold is historically known to be a good asset to buy no matter the economic situation. However, comparatively gold has be outperformed by Bitcoin (a popular crypto) on a Y-T-D basis. So, if Bitcoin is proving to be more profitable than gold, then it is reasonable to conclude that the future is bright for cryptocurrencies.

A considerable growth of cryptocurrencies is to be expected in developing nations due to political instability, policy inconsistency and inflation concerns. In countries like Venezuela and Zimbabwe, there has been inflationary pressure on the back of money printing by the respective central banks. We envisage that the transacting public will in turn look for alternatives to preserve value. Further, cryptocurrencies also accelerate financial inclusion in less developed countries.

The printing of fiat currencies done by Central Banks, which leads to inflation in the long run can be curtailed by adopting decentralised monetary systems. The printing of money impoverishes the general people’s life through inflation. The Cantillon Effect by the Irish-French Economist proved that no matter how many more money is printed; the wealthier person only gains at the expense of the general folk. The wealthier people will rush to buy  goods and services and due to excess demand, the suppliers will raise prices. By the time the printed bills reach the poorer folk, the money would have lost its value. The financial system is not only for the rich, it should be for everyone!

In a nutshell, the adoption of a cryptocurrency would be beneficial to any economy to safeguard the general public’s funds from inflation. Digital currencies come attached with some security risks but the benefits of using them outweigh the costs and risks associated.

Learn more about trading and investing in cryptocurrencies, shares and forex by being part of the Green Piggy Bank on your Cell-phone Campaign;

Previous Five scams to watch out for when dealing with Bitcoin

Next The Amazing Turtle Trading Story 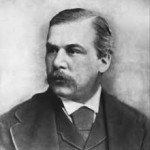 Lawrence Musekiwa is an Accounting professional and is currently studying with the University of Zimbabwe. He can be contacted on lawrencemsekiwa110@gmail.com