Piggy recalls his kindergarten days; jumping a rope and singing rhymes on the playground. “Chitty Chitty Bang Bang sitting on a wall, trying to make a dollar out of fifteen cents” was one of those rhymes that all the little girls and boys sang. Even after some years, the song has just stuck with Piggy especially when he considers how the currency situation in Zimbabwe has evolved.  The play school rhythm speaks of a fraud who makes several attempts to “make a dollar out of fifteen cents” but “misses” or fails. Recent economic news reports have quoted Finance and Economic Development Minister Professor Mthuli Ncube insinuating that the Zimbabwean dollar (ZWL) will continue to be used as the national currency given that over 80% of the population does not have access to US dollars and economic growth would be impossible.

Is it really true that economic growth would be impossible if Zimbabwe dollarised? Wait a minute! We came across an interesting GDP growth graph from tradingeconomics.com. It shows double-digit economic growth rates between 2010 and 2012!

The point is that this period of high economic growth rates coincides with the adoption of a multi-currency regime (predominantly USD) in 2009. So, is the Professor wrong?  Definitely not, he is an Economics Professor for crying out loud! He might not just have completed explaining his assertion in detail. You see, dollarisation also comes with liquidity constraints particularly when there are limited reserves of foreign currency deposits. In other words, only the FED can print US dollars, and this is why dollarisation is associated with macro-economic stability and low levels of inflation.  This however brings us to our next question: What went wrong and how come Zimbabwe failed to sustain a multi-currency regime and had to revert back to a mono-currency (ZWL)? Well, the answer to that question is that “Chitty Chitty Bang Bang” broke the system because he thought he could print his own US dollars through Bond Notes and RTGS (electronic money).Coming back to Professor Mthuli’s assertion. Yes, economic growth would definitely be impossible-even in a dollarised economy-for as long as Chitty Chitty Bang Bang’s hands have access to some form of money printing mechanism. The only way of going around Chitty Chitty Bang Bang would be to come up with something really tight like joining the Rand Monetary Union and handing over the control of Monetary Policy to the South Africa Reserve Bank (SARB). In simple terms, for as long as we have not put cuffs on Chitty Chitty Bang Bang’s hands, the ZWL will continue on a free-fall and investors will always have to prioritise value preservation strategies. Given the uncertainties, Piggy maintains that investors on the Zimbabwe Stock Exchange (ZSE) should seek exposure in regional plays and export-oriented counters such as Ariston, SeedCo, SeedCo International, Simbisa Brands, Padenga Holdings and Hippo. 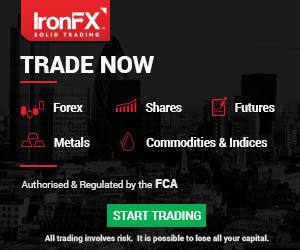