There has been calls by the government to grow annual exports in the mining sector to USD12 billion by 2023 as part of the quest to position Zimbabwe as an Upper Middle-Income economy by 2030. In fact, mining and agriculture has been earmarked as the key anchors on which the Vision 2030 is premised. While it is clear that Zimbabwe can indeed take advantage of any increased global demand for agricultural and mineral resources, two things will need to happen; (i) increase capacity and productivity on farms and (ii) extract minerals from the ground “quickly” and “efficiently”.  The point here being that the world is advancing at an alarming rate with new technologies and substitutes constantly being developed and this may impact the economic value of certain minerals. Further, we also contend that having a purely “commodity-driven” economy may not create value for the economy in the long term. The table shows the top 10 global companies as measured by market capitalisation or value.  A total of 7 out of the 10 are technology companies and this includes 2 E-commerce platforms, a Search Engine and Social Media Platform.

The global economy has been shifting and value is not necessarily being created through “things or stuff”.  It should be noted that at the beginning of the 20th century, the leading scarcity was stuff, and so manufacturing was standardised. This ushered in an Industrial/Producer Economy. Production efficiency was the focus and by 1944, the United States of America (USA) was producing 8 aircraft carriers a month, a plane every five minutes and 50 merchant ships a day.  As production efficiencies improved, the new scarcity became desire and power shifted away from producers to consumers. This led to a Consumer Economy and by 1958, credit cards were introduced. In the corporate world, power also shifted away from Production Managers to Sales & Marketing Executives as these were specialised in creating desires through various media innovation like TV and magazines. As a result, the volume of international trade also increased significantly as desires grew.

Around 1970, the world then slipped into the information age as the internet expanded.  American economist, political scientist and cognitive psychologist, Herbert Alexander Simon predicted in 1971 that, “a wealth of information creates a poverty of attention and a need to allocate that attention efficiently.” The new scarcity turned out to be engagement.  As a result, the mass media television channels that had dominated the Consumer Economy were overwhelmed by personal media such as YouTube, eBay, Facebook, Twitter and Google. As a result, we are now in the Creator Economy where there has been a realisation that “stuff or things” are cheap and status now comes from creation. Mass participation has become the new normal. The creator economy is essentially Web 2.0 and individuals no longer simply consume but create value through their daily activities. This is the era of free services where businesses leverage huge quantities of data into profitable market insights. This could explain why TikTok, a video-sharing social networking service has been valued at cUSD40 billion, a figure greater than the entire GDP of Zimbabwe.

Looking again at the Zimbabwean context, yes, agriculture can grow the economy and mining can generate the foreign currency, but this should be complemented my economic diversification and value-creation strategies. Instead of just having “Command Agriculture”, there is also need for a “Command Technology” so that the country can align itself to global trends and extract value in the long run. The risk of having a purely commodity-driven economy is also well-documented. That said, Piggy has been following developments at Cassava Smartech Zimbabwe Limited.  Of course, the recently announced measures in the Monetary Policy Statement to curb mobile money transactions such as banning agent lines, limiting bulk payers and merchant restrictions will cut into Ecocash revenues. However, the group has been working on a diversification strategy given the number of projects and technologies that they have been working on. Yes,  some of them are still nascent and will take a long time to bear fruits but that shows that there is a focus on “Long Term Thinking”, something that all business and political leaders in Zimbabwe should be doing. Imagine if they get it right on one or two of the projects? That will be yet another game-changer that will complement revenue streams from Eco-Cash! 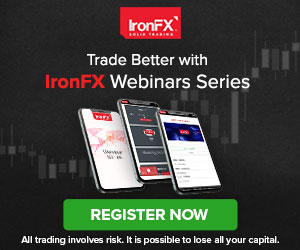