Readers may have seen some alarming news articles on various media citing Zanu PF’s Acting Spokesman Patrick Chinamasa that Old Mutual Limited “will be ejected from the financial system”.  The news flow demonstrates that Zimbabwe still has real issues to solve given that it has attracted confusion since the statement lacks clarity on what an ejection from a financial system really means. Meanwhile, Old Mutual has issued a statement indicating to its stakeholders that it is working to seek clarity over the reports. There has indeed been a wave of negative news flow coming out of Zimbabwe including the suspension of mobile money platforms and trading on the Zimbabwe Stock Exchange (ZSE). Piggy is concerned about the “headline effect” and economic costs that come with negative news. Headline effect refers to the impact that negative news in the press has on a corporation or economy. The media and newspaper articles, whether it is online or not, have always seem to have an influence on the way investors make decisions. It appears that Old Mutual is being accused of fuelling the rise in the black-market foreign exchange rates due to the Old Mutual Implied Rate (OMIR). Something that Piggy has pointed out as illogical given that implied rates can be calculated on almost any standard item of good that is priced across different markets.

An investor’s reaction to a headline can be very dramatic and out of proportion when compared with the reaction to good news in the headlines. While this market reaction is, to some extent, natural and expected, the headline effect can speed up and worsen the severity of the market reaction by bringing bad news to the forefront of the investor’s mind. Headline effects can also make a stock price wobble even if the news in those headlines does not hold water. For example, one of the most frequently debated aspects of Donald Trump’s successful run to the White House, and subsequent administration, has been his personal Twitter use. Trump has been a user since 2009, amassing more than 20 million followers and issuing more than 30,000 tweets. The impact of President Trump’s tweets on the entire US equities market is an ongoing topic of discussion throughout the financial community and no company is safe from the short-term pricing volatility created by a Trump tweet. The fact is that statements issued by Trump via Twitter can impact valuations.

In the case of Zimbabwe, the negative economic and political news headlines have not helped in terms of improving investor sentiment and positioning the country as a stable investment destination. The US Africa Business Center has introduced the Investor Confidence Indicator for Africa (ICIFA) which is a holistic tool for measuring and assessing the performance of African nations in setting the conditions for civic well-being and investor confidence. Zimbabwe has a score of 39.53/100 and ranks poorly when compared to Southern African counterparts like Botswana (64.87), South Africa (62.05), Namibia (60.35), Zambia (51.12), Malawi (48.37) and Mozambique (44.44).

The ICIFA assigns an overall score to each nation based on their performance in 12 international evaluations on essentialities for promoting security, development, and good governance rooted in the rule of law – the cornerstones of a strong society and vibrant business environment. Based on that aggregate score, the indicator assigns colour codes reflecting each country’s position relative to one another – dark green reflects those countries that place in the top quartile of overall performers in Africa; light green those in the second quartile; yellow those in the third quartile; and red those in the fourth quartile.

A look at the economic history shows that investors in Zimbabwe have been exposed to various forms of negative economic and political shockwaves. In addition, some announcements made hold many tones that are difficult for the investors to comprehend fully. Of course, political decisions have also contributed to the instability. For example, the country’s entry into the Democratic Republic of the Congo (DRC) war in August 1998, the invasion of white-owned farms and the chaotic fast-track land reform of 2000, the uncontrolled monetary expansion driven by quasi-fiscal activities and indigenisation policies triggered a significant loss of investor confidence. Zimbabwe will have to work hard to restore investor confidence and compete for global capital. That said, effective communication and proper public relations practices within government should be adopted as a way of managing the economic costs of negative news headlines. All in all, Piggy remains bullish on Old Mutual Zimbabwe Limited (OMZIL). The financial services group remains committed to preserving shareholder value by taking advantage of its powerful balance sheet and investing in strategic assets. As shown in the FY2019 results, total assets increased 250% y-o-y to ZWL 15.4bn. Management successfully defended the balance sheet by building a ZWL10.5bn securities and property portfolio (68.6% of FY2019 Total Assets) which offers an ongoing hedge against inflation.

Get started today and trade instruments such as forex, indices, cryptocurrencies, commodities and global equities. 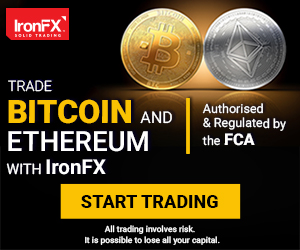