The relationship between Democracy and Economic Development

Human rights, free elections, inclusiveness, equality, freedom of assembly and expression, rule of law are some of the ideals that have been endorsed and are being promoted in modern day societies. Democracy is the fundamental component. It is basically a form of government in which the people have the authority to choose their governing legislation. The supreme power is vested in the people and exercised by them directly or indirectly through a system of representation usually involving periodically held free elections. The big question however has been whether democracy creates a better opportunity for economic development?

Economic development refers to a broad process by which a nation improves the economic, political and social well-being of its people.  It is worth noting that the end game of economic development is not just growing the economy but growing it in a way that improves the quality of life for everyone in the region.  Scholars such as Milton Friedman have argued that a higher degree of rights fosters economic development. A wealth of other studies suggest that democracy promotes economic liberalisation and that democracy is preferable for long-term and sustainable growth. However, there is no consensus on the correlations between democracy and economic growth. An interesting case study is China.  Since the Asian financial crisis in 1997, China’s economic growth rate has never fallen below 5.0% and has even reached as high as 14%. In stark contrast, however, China records a decreasing trend in its democracy index.  As opposed to Western Countries, China has adopted a socialist style of government in which economic reforms and resource allocation are initiated by the Government of China which has absolute power to intervene in particular trades and transactions.

While China has registered above-average GDP growth, Piggy contends that not upholding democratic principles may create challenges for a developing economy like Zimbabwe and this may negatively impact on economic development. As measured by the BTI Transformation Index, Zimbabwe ranks poorly in terms of Economic and Political Transformation (number 115 out of 135). This has worked against the country’s efforts to attract the much-needed foreign investment flows.

Piggy maintains a view that in the absence of external funding support, government policies in Zimbabwe should be modeled around boosting productivity by focusing more on factors that lead to economic growth. These include (i) accumulation of capital stock, (ii) labour inputs and (iii) technological advancements. Improving the ease of doing business and upholding democratic values goes a long way in attracting capital flows into Zimbabwe.  Capital is one of the key catalysts for economic development.  All in all, economic and political risks remain elevated and a major concern that has played out for investors is preserving value in a hyperinflationary environment. One stock that we have identified as an inflation and exchange rate hedge is Old Mutual Zimbabwe Limited (OMZIL). As shown in its FY2019 financial results, the business has successfully defended the balance sheet by building a ZWL10.5bn securities and property portfolio (68.6% of FY2019 total assets) which offers an ongoing hedge against inflation. Subsequent to year end, the rally on the ZSE has also had a significant impact on the group’s profits and equity.  Piggy likes OMZIL and has been recommending investors to take positions. 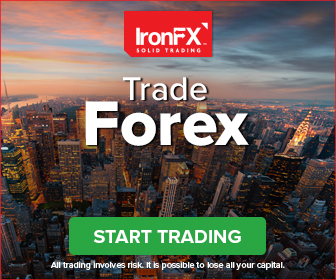