We will fight in the shade

Following on the article about Chitty Chitty Bang Bang, it is now clear that battle lines have been drawn between the main actors on the Zimbabwean foreign exchange market. On 15 June 2020, the Financial Intelligent Unit (FIU) issued a Press Statement indicating that it has been monitoring social media platforms, particularly WhatsApp groups where foreign currency dealers have been advertising their “illegal trade”. The FIU also threatened that it will be acting against individuals that participate in such WhatsApp groups through investigations, prosecutions, barring of mobile phone numbers and the freezing bank accounts/mobile money wallets. It would appear that the deterioration of the ZWL is being blamed on lax regulations on mobile banking platforms. Of course, the pain is being felt on inflation numbers given the pass-through effect of a weakening ZWL.  According to the National Statistics Agency, annual inflation surged to 785.55% in May from 765.57% in April 2020.

The war against a weakening exchange rate and hyperinflation reminds Piggy of the Battle of Thermopylae. Readers might have watched 300, an American epic period action film that fictionalised retellings of the Battle of Thermopylae within the Persian Wars. The film is centred on King Leonidas who leads 300 Spartans into battle against the Persian “God-King” Xerxes and his invading army of more than 300,000 soldiers. Of interest, is Dienekes (represented in the character of Stelios) who was acclaimed as the bravest of all the 300 Spartans. It is said that on the eve of battle, he was told that the Persian archers were so numerous that their arrows would block out the sun. Dienekes, however, undaunted by this prospect, remarked with a laugh, “Good. Then we will fight in the shade.”

The Battle of Thermopylae Exchange Rates

While it could seem that the press statement is a direct threat to the livelihood of the countless foreign currency dealers (better known as money changers) in Zimbabwe, IT geeks at the FIU should know better. The point being that money changers can still use instant messaging platforms using the Tor or onion browser.  Tor is free and open-source software for enabling anonymous communication. It directs internet traffic through a free, worldwide, volunteer overlay network consisting of more than 7,000 relays to conceal a user’s location and usage from anyone conducting network surveillance or traffic analysis. The Economist has described Tor as “a dark corner of the web” in relation to Bitcoin and Silk Road. Using Tor provides “the shade” and makes it more difficult to trace internet activity to the user: this includes “visits to web sites, online posts, instant messages, and other communication forms. The browser is used by a wide variety of people for both licit and illicit purposes.

Coming back to the Battle of Thermopylae and unfortunately for the Greeks, Thermopylae held a secret: a small pass by which the Spartan warriors could be outflanked. On the sixth night of the battle, the Immortals (Xerxes’ army) followed this path and managed to outflank the Spartans. The reality is that there is indeed another “nuclear weapon of last resort” that may or may not be used. It has happened before, not in Hiroshima and Nagasaki but in Zimbabwe around mid-January 2019 when a “total internet shutdown” was ordered.  In conclusion, as battles continue raging on, Piggy has maintained his call for investors to buy into the usual export-oriented companies and regional plays such as Padenga Holdings, SeedCo, SeedCo International and Hippo Valley.

Investors should also consider other alternative trading and investing platforms where they can trade instruments such as forex, cryptocurrencies, indices, commodities and global equities. (Click on Image) 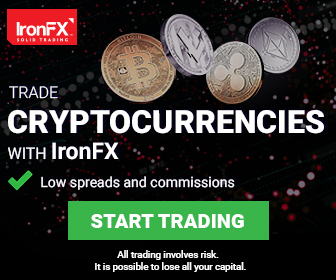